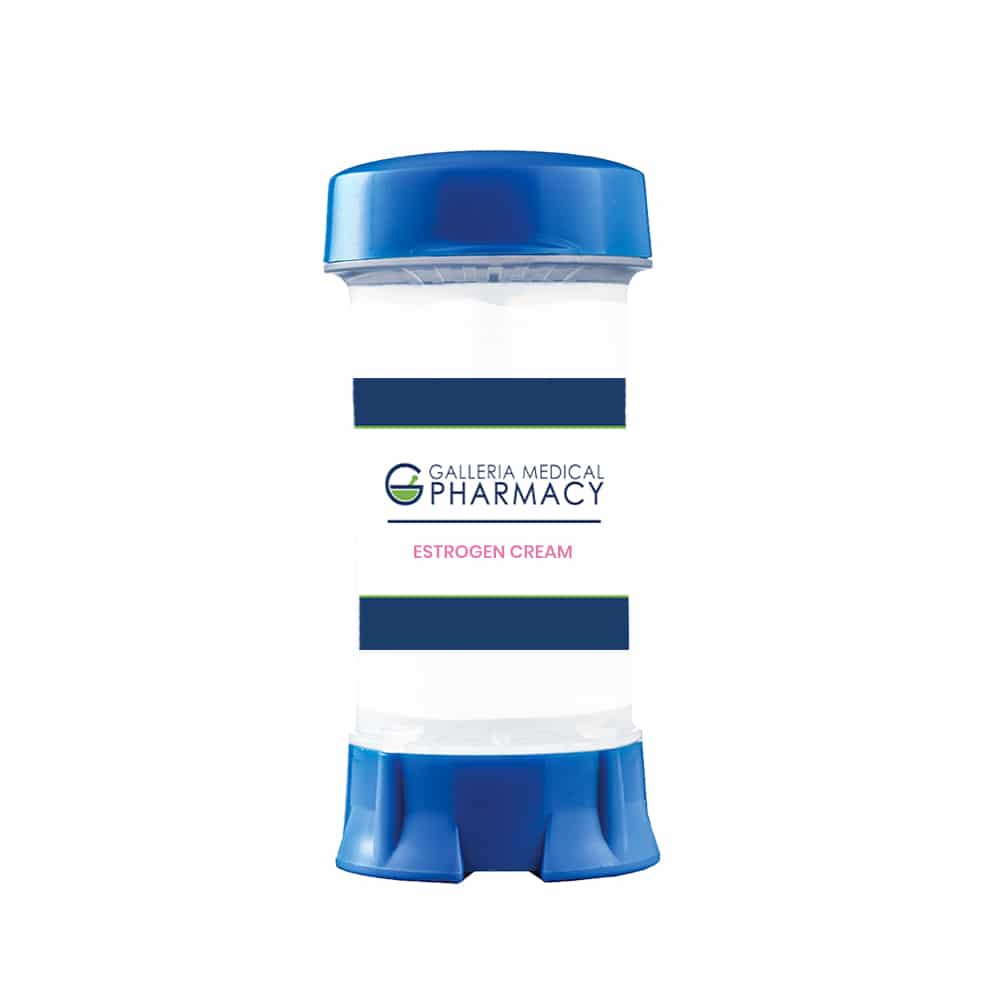 Estrogen has more than 400 functions and affects every cell of the body, including skin, hair, bone, heart, and brain cells. Classified as a steroid hormone, estrogen is mainly known for causing the body to develop female characteristics during puberty. It also balances the actions of the hormone progesterone. A woman’s body makes three types of estrogen: estrone (E1), estradiol (E2), and estriol (E3). These estrogens are produced directly by the ovaries and indirectly by other tissues such as body fat. While a man’s body also synthesizes a certain amount of estradiol, estrogen is understandably found in much larger amounts in women.

In 2002, the US government National Institutes of Health conducted a landmark study known as the “Women’s Health Initiative”(WHI). It compared the hormonal therapies Premarin® (0.625 mg) and Provera® (2.5 mg) with a placebo. The results showed that Premarin® and Provera®, when taken together, increased a woman’s risk of heart disease, stroke, blood clots, colon and breast cancers, fracture, and death. Premarin® taken alone also promoted these risks, though not the incidence of breast cancer.1

In 2009, Dr. Kent Holtorf compiled nearly 200 peer-reviewed papers describing the effectiveness and relative safety of bioidentical hormone therapy regimens (progesterone, estradiol, and estriol) versus synthetic hormone regimens (progestins and conjugated equine estrogens) for the treatment of menopause. After citing and analyzing various positive clinical outcomes of bioidentical hormone therapy, he concluded that bioidentical hormones are both safer and more effective than synthetic hormones and are the preferred method of hormone replacement therapy. Hundreds of studies (many European) support the conclusion that BHRT is a reasonable therapeutic option for the treatment and relief of the many conditions associated with menopause.2

Since the many discoveries from the WHI trial, there has been a push in the holistic medical community against prescribing conjugated equine estrogens (CEE) like Premarin and synthetic progestins like Provera for the treatment of menopausal symptoms. Pharmaceutical drug manufacturers have taken note of this and along with their own research and development have made available a wide variety of hormone replacement therapies containing estradiol, an estrogen identical in structure to one of the three estrogens produced endogenously by the human body.3-19

Estriol is the principal estrogen in compounded estriol and Biest preparations and is perhaps the most controversial of the bioidentical hormones. Unlike estrone, estriol does not convert to estradiol, it binds weakly to estrogen receptors, and is rapidly excreted. Theoretically, these features make estriol safer than estradiol or estrone.20 Research has also shown that estriol selectively activates estrogen receptor-beta, which has an antiproliferative effect.2 Even large oral doses of estriol have not resulted in increased serum levels of estradiol, estrone, or their sulfated forms. Researchers have proposed that when combined with estradiol, estriol acts as an anti-estrogen and down-regulates the effects of stronger estrogens. However, clinical studies to support this finding are lacking and estriol cannot be considered completely without risk, given its demonstrated ability to stimulate endometrial growth.21 Nevertheless, there are several studies demonstrating the value of estriol for a variety of conditions.22

Oral vs. Transdermal Delivery of Estrogen

When hormones are released naturally by the body, they enter the bloodstream directly for distribution to tissues. In contrast, orally administered estrogens undergo significant first-pass metabolism by the liver, resulting in the formation of many undesirable metabolites. This is of particular concern with oral estrogens as some estrogen metabolites have been linked to increased incidence of hormone-related cancers. The following comparisons of transdermal estradiol to oral CEE have shown that transdermal estradiol has neutral or favorable cardiovascular effects compared to oral CEE.

In summary, transdermal delivery of estrogens appears favorable for reducing the risk of inflammation and hypercoagulability and may also decrease cancer risk, but long-term studies are lacking.

Menopausal symptoms may be reduced or eliminated by supplementing with estrogen therapy. Estradiol has been used in clinical practice to prevent osteoporosis and relieve vasomotor and genitourinary symptoms associated with menopause (natural or surgical), for postmenopausal osteoporosis prevention, and is also used to treat female hypogonadism and other abnormalities of female gonadotropin dysfunction.

Various estrogen products have been marketed in the U.S. since 1938. Estradiol is available commercially in many dosage forms, including oral tablets, transdermal systems, topical emulsions, topical gels, topical sprays, vaginal creams, vaginal rings, and parenteral depot injections. Vaginal therapies are preferred in postmenopausal women with exclusive genitourinary symptoms, due to lower systemic absorption/exposure with most of these dosage forms.29

Since estradiol is widely accessible in various commercially available forms, compounded biest is reserved for patients that would benefit from the concurrent administration of estriol and estradiol as determined by a prescriber. Biest is commonly compounded into a cream at an 80/20 or 50/50 estriol/estradiol ratio. It is typically dispensed into a Topi-Click device for ease and flexibility in transdermal administration and usage. Common formulations prepared at Galleria Medical Pharmacy include but are not limited to:

Store this medication at 68°F to 77°F (20°C to 25°C) and away from heat, moisture and light. Keep all medicine out of the reach of children. Throw away any unused medicine after the beyond use date. Do not flush unused medications or pour down a sink or drain.

Estrogen cream is compounded with drug components whose suppliers are registered with the FDA. While Galleria Medical Pharmacy adheres to USP <795> guidelines and applicable state and federal regulations to meet the required quality standards, the statements made regarding compounded Biest cream have not been evaluated by the FDA for safety or clinical effectiveness. As such, this preparation is not intended to diagnose, treat, cure, or prevent any disease. For inquiries concerning this preparation, please contact (504) 267-9876.