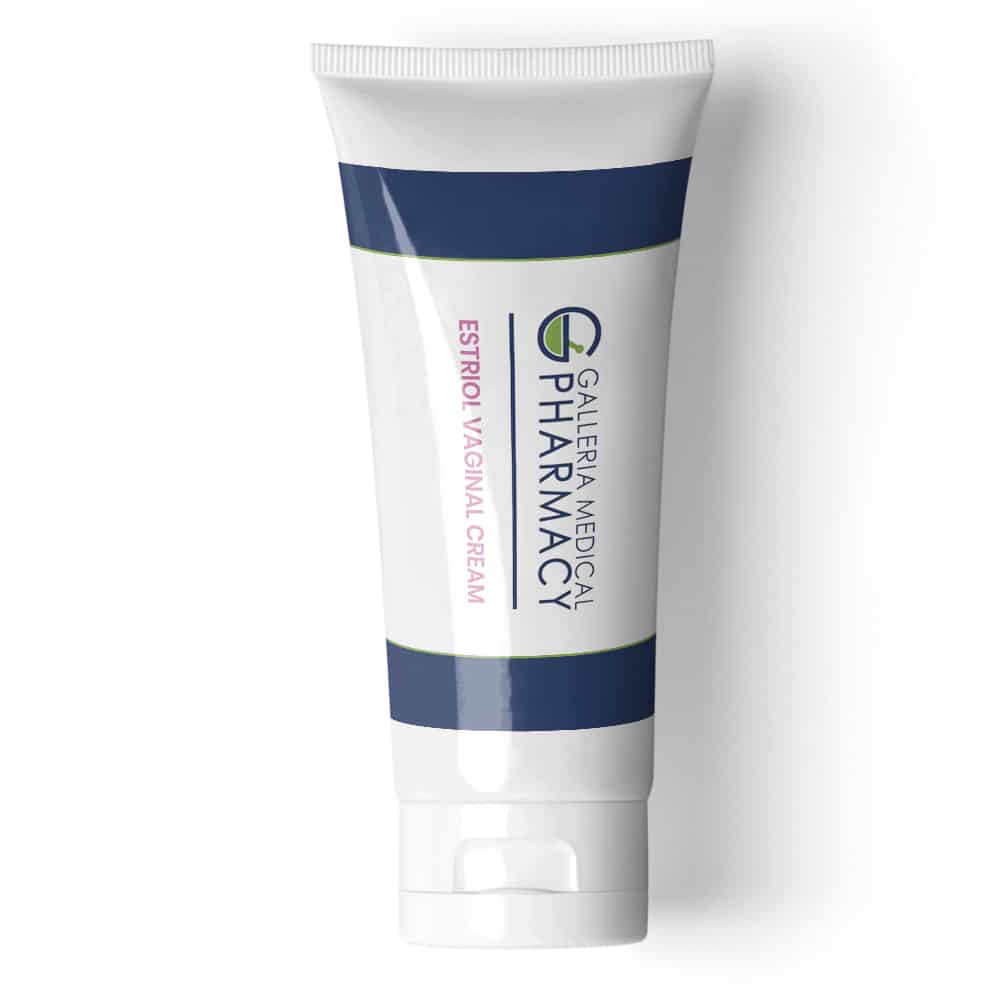 A woman’s body makes three types of estrogen: estrone (E1), estradiol (E2), and estriol (E3). These estrogens are produced directly by the ovaries and indirectly by other tissues such as body fat. Estriol functions similarly to estradiol, but it is the weakest of the three estrogens produced. When estriol occupies an estrogen receptor, it takes the place of more potent estrogens which may have an anti-estrogen effect on the body.1, 2

Estriol is perhaps the most controversial of the bioidentical hormones. Unlike estrone, estriol does not convert to estradiol, it binds weakly to estrogen receptors, and is rapidly excreted. Theoretically, these features make estriol safer than estradiol or estrone.1 Research has also shown that estriol selectively activates estrogen receptor-beta, which has an antiproliferative effect.2 Even large oral doses of estriol have not resulted in increased serum levels of estradiol, estrone, or their sulfated forms. Researchers have proposed that when combined with estradiol, estriol acts as an anti-estrogen and down-regulates the effects of stronger estrogens. However, clinical studies to support this finding are lacking and estriol cannot be considered completely without risk, given its demonstrated ability to stimulate endometrial growth.3 Nevertheless, there are several studies demonstrating the value of estriol for a variety of conditions.4

As far back as 1966, a study led by Dr. Henry Lemon, a professor at the University of Nebraska, showed that women with high levels of estriol in their urine had a lower rate of breast cancer.5 Dr. Lemon followed up with an animal study, which found that rats that had been pretreated with estriol before exposure to carcinogens were protected against breast cancer. (Estriol did, however, cause a growth of breast or uterine tissue in the rats.)6

In 1980, Dr. Lemon led a clinical trial of estriol on women who already had breast cancer. Subjects received 2.5 to 5 mg per day of estriol therapy. There were twenty-eight premenopausal and postmenopausal breast cancer patients in the study. Estriol either induced remission or stopped growth of metastatic tumors in 37% of the women. These results suggest that estriol may be a potential estrogen replacement choice for breast cancer survivors experiencing symptoms of menopause.7

As a woman enters menopause, estrogen is not produced in enough quantities which leads to menopausal symptoms including vaginal dryness and vaginal atrophy. Since estriol receptors are abundant along the vaginal wall, vaginal estriol formulations have been studied to potentially alleviate these symptoms.10

While estriol cream is approved in the UK for the treatment of vaginal atrophy,9 at this time it is not commercially available in the United States and must be compounded for patients that would benefit from its administration as determined by a prescriber. The most popular formulation compounded at Galleria Medical Pharmacy is Estriol 1mg/gm Vaginal Cream, which is dispensed in a 30 gram tube and comes with a vaginal applicator, though other strengths and versions are also available upon request.

Estriol vaginal cream is compounded with drug components whose suppliers are registered with the FDA. While Galleria Medical Pharmacy adheres to USP <795> guidelines and applicable state and federal regulations to meet the required quality standards, the statements made regarding compounded estriol vaginal cream have not been evaluated by the FDA for safety or clinical effectiveness. As such, this preparation is not intended to diagnose, treat, cure, or prevent any disease. For inquiries concerning this preparation, please contact (504) 267-9876.