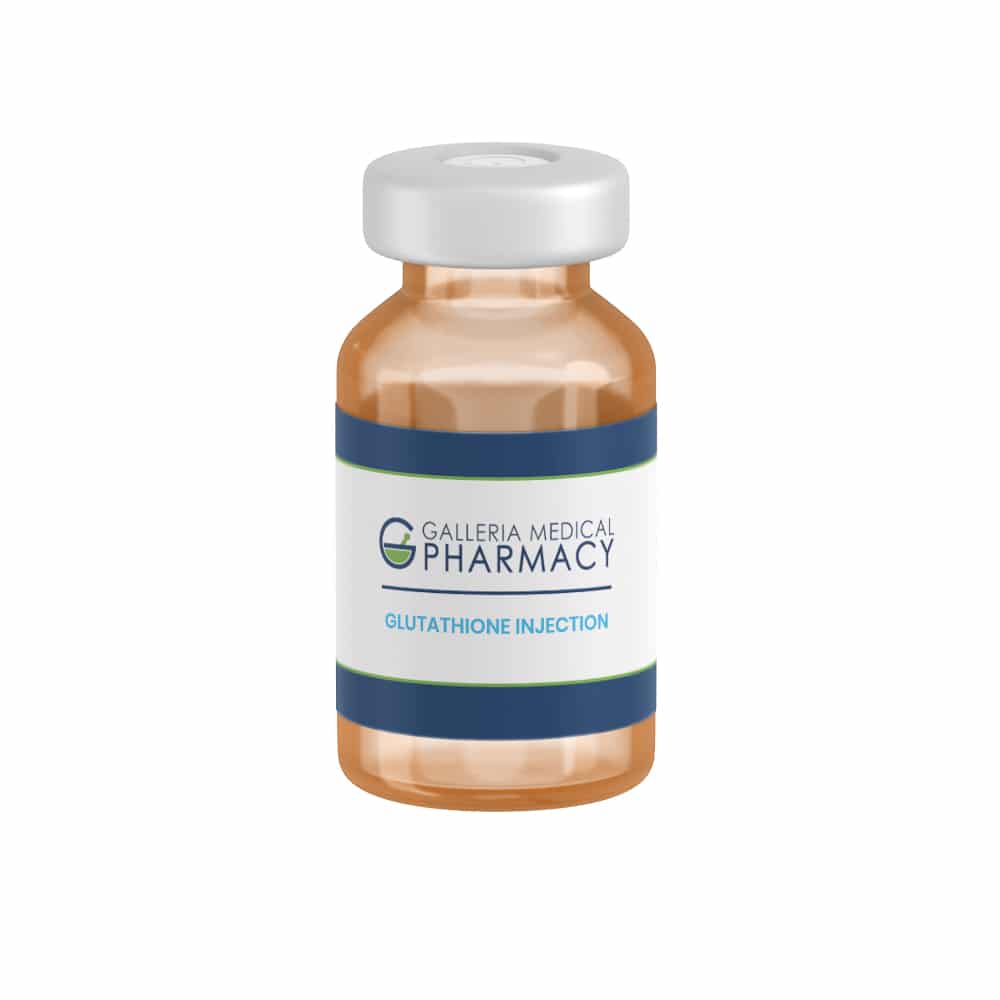 Glutathione is present naturally in every cell of the body and is one of the most potent antioxidants and cell-protecting agents produced. Its highest concentration is in the liver and it is distributed to other parts of the body through the blood stream.

Glutathione is composed of three amino acids: L-cysteine, L-glutamic acid, and glycine. The molecular formula of the compound is C10H17N3O6S, and its molecular weight is 307.321 g/ mol.1 The presence of sulfur atoms is the reason for its strong sulfur odor and potent antioxidant properties. Glutathione has the following structural formula:

Glutathione is an essential molecule required for cellular detoxification. During the body’s normal functioning, an excess of toxic oxygen-containing molecules called reactive oxygen species (ROS) are produced. These molecules are typically very reactive with other molecules they come in contact with. There is a tendency of ROS to bind or destroy DNA or other important biomolecules. Glutathione acts by assisting the body in the removal of ROS. It has a sulfhydryl (SH) group on the cysteinyl portion of the molecule, which accounts for its strong electron-donating character to neutralize the ROS. Thus, glutathione is an essential cofactor for many enzymes that require thiol-reducing equivalents, and helps keep redox-sensitive active sites on the enzyme in the necessary reduced state. Higher-order thiol cell systems, the metallothioneins, thioredoxins and other redox regulator proteins are ultimately regulated by glutathione levels and the redox ratio. The ratio balance is crucial to homeostasis, stabilizing the cellular biomolecular spectrum, and facilitating cellular performance and survival.2

Glutathione injection has been used in clinical practice as an antioxidant, immune booster, and detoxifier. It has been studied to treat symptoms of neurodegenerative diseases such as Parkinson’s,3 Alzheimer’s,4 multiple sclerosis,5 ALS,6 irritable bowel,7 exercise induced oxidative stress,8 and non-insulin dependent diabetes.9, 10 Glutathione injection has also been considered to treat toxicities from side effects of chemotherapy and radiation therapy.11, 12 Glutathione when formulated as a cream or gel has been used topically for skin lightening and in certain cosmetics.13, 14

This preparation is not commercially available at this time. Patients that would benefit from its administration may be prescribed Glutathione Injection as determined by a health care provider. The most popular formulation compounded at Galleria Medical Pharmacy is Glutathione 200mg/mL Injection, though other strengths and formulations may be available upon request.

Glutathione degrades rapidly at room temperature. Store glutathione vials in a refrigerator between 35°F to 46°F (2°C – 8°C). Protect From Light. Keep all medicine out of the reach of children. Throw away any unused medicine after the beyond use date. Do not flush unused medications or pour down a sink or drain.

Glutathione injection is compounded with drug components whose suppliers are registered with the FDA. While Galleria Medical Pharmacy adheres to USP <797> guidelines and applicable state and federal regulations to meet the required quality standards, the statements made regarding compounded glutathione injection have not been evaluated by the FDA for safety or clinical effectiveness. As such, this preparation is not intended to diagnose, treat, cure, or prevent any disease. For inquiries concerning this preparation, please contact (504) 267-9876.